Download the program with the schedule of the Drap-Art'20

Free guided visits of the exhibitions will take place in groups of 5 people.

If you would like to come, secure your spot.

Saturdays, 12th, 19th of December and 2nd of January

Karla Kracht (Ghost on the Wall)

Marciano and Vilajuana are young and committed artists, focused on making and proposing a change in the established order, from proximity and from theatrical multidisciplinarity. They propose a conversation, through art, with the public, giving value to the ability we have to empower ourselves in the situations that surround us and the way we  treat nature in the consumer society of today.

This intervention of the public space is the final action of the project D’individual a col·lectiu. It is an interdisciplinary artistic action (artistic intervention, performance, music and poetry), with which we conclude the project, which consisted of cleaning natural environments with  artistic actions, which were carried out in October, in Pratt de Llobregat, Badalona and Sitges, with the artists Nathalie Rey (artistic intervention), David Galindo (artistic installation), Xavi Lozano BufaSons (music) and Bàrbara Scuderi (poetry).

Ominira was created in Barcelona by two environmental scientists and a sound engineer. They were the winning group and finalist in several competitions such as the Brote Festival (2017) or the Lost Bala (2019). Their debut album was published in 2018 and was listed among the 10 best albums in Catalonia by Mondosonoro magazine. They have done more than a hundred performances (among others at Primavera Sound) and are currently in residence at Fabra y Coats, where they
are developing their second work. Here they present Extinction, a compilatory of several EPs set in different natural ecosystems with the intention of representing the severity of the loss of biodiversity. Each song will be named after an endangered species that will be chosen following the criteria of the IUCN Red List. The extinction of the species will imply the disappearance of the song forever and ever.

Miss «Y» comes from the world of manipulations of sounds, images and words. Seeker, captor and creator of sound ethnographies drawn  from everyday life, she usually moves in the field of collages, devices  and installations integrating performative action. Her creations take us into a certain narrative unrealism with activist and poetic airs. LLapispanc: His referential framework is the art of artistic protest action, with a dynamic towards «drift», material and aesthetic poverty,
primitive and meaningless.

The theater company El Gecko con Botas, specializing in shadow theater for families, begins to take shape in Indonesia, where its founders study the technique of traditional indigenous shadow puppets. Since 2016, they have been working in Barcelona, where they were selected for the Pueblo Español Residency for scenic creation, where they premiere The Shadows that Tell Tales and later at the Can Felipa Civic Center, where they will create the play A Pescar!. Since then they have continued creating in parallel to participating in different community intervention projects and have developed their own workshops. During their stay in Indonesia, they realized that the planet’s waters are only a few and that waste from one corner of the world is a problem for all humanity. Thus, already located in Barcelona, they created shadow plays and workshops on the theme of garbage and the sea, giving a
new life to waste from light.

Irene García Martínez is a dancer and choreographer, with a degree in classical dance from the Conservatory of Murcia. She studied journalism at the Complutense  University of Madrid (2005-2008) and completed the Higher Degree in Choreography between the CSD María de Ávila and the Institut del Teatre de Barcelona (2015-2019). Since 2006 she has worked and collaborated in various projects as a freelance artist, among others: Cienfuegos dance (Valencia), Staatstheater Nuremberg (Germany), Montón de Paja y Trigo (Barcelona). In 2016 she created and directs the company La Quebrá after receiving the first prize at the CC de Sabadell. In 2018 she was a finalist in the Dance Prize of the Institut del Teater. Here he presents a show, in which dance
and circus explore the problem of plastic through a fabulous marine installation. What happens when we realize that our innocent fun has irreparable consequences?

Mima Teatre are three professional actresses who have performed several plays for family audiences, of their own creation and production. They have performed at the Miró Foundation, at Aquitania Teatro, at Sala Versus Glorias and at Sala Cincómonos, among others. They put on shows with a lot of humor and music with which they try to make both the children, as well as their older companions, smile and transmit values that create debate beyond the show. In this way they reflect in a playful way on issues they consider of importance, such as climate change, new technologies or feminism.

La Pupila Produccions presents two shows of Lambe-Lambe Theater, which is a miniature theater discipline, in which small theater boxes are transformed into animated stages, and where short stories are performed intimately for a single spectator, who observes the play through a peephole located on one of the walls of the box and the actor animates the elements and props of the story through structures and compartments from the other side. At Drap-Art La Pupila Produccions presents two shows: Myrmekodia by Cia Ola Muchin and Trans; resurrection, life and dream by Taller Arusak / Alejandre Lanas. 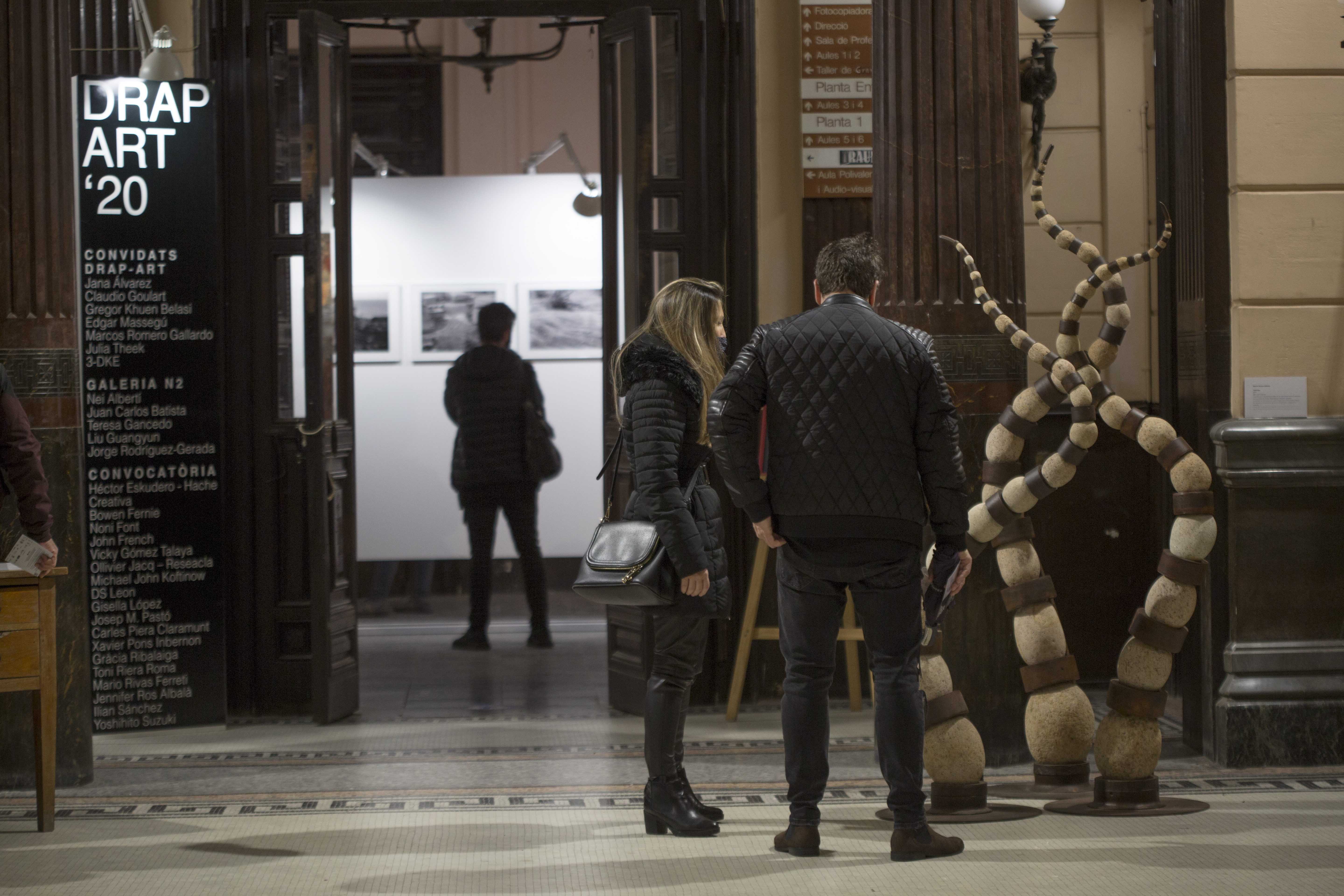 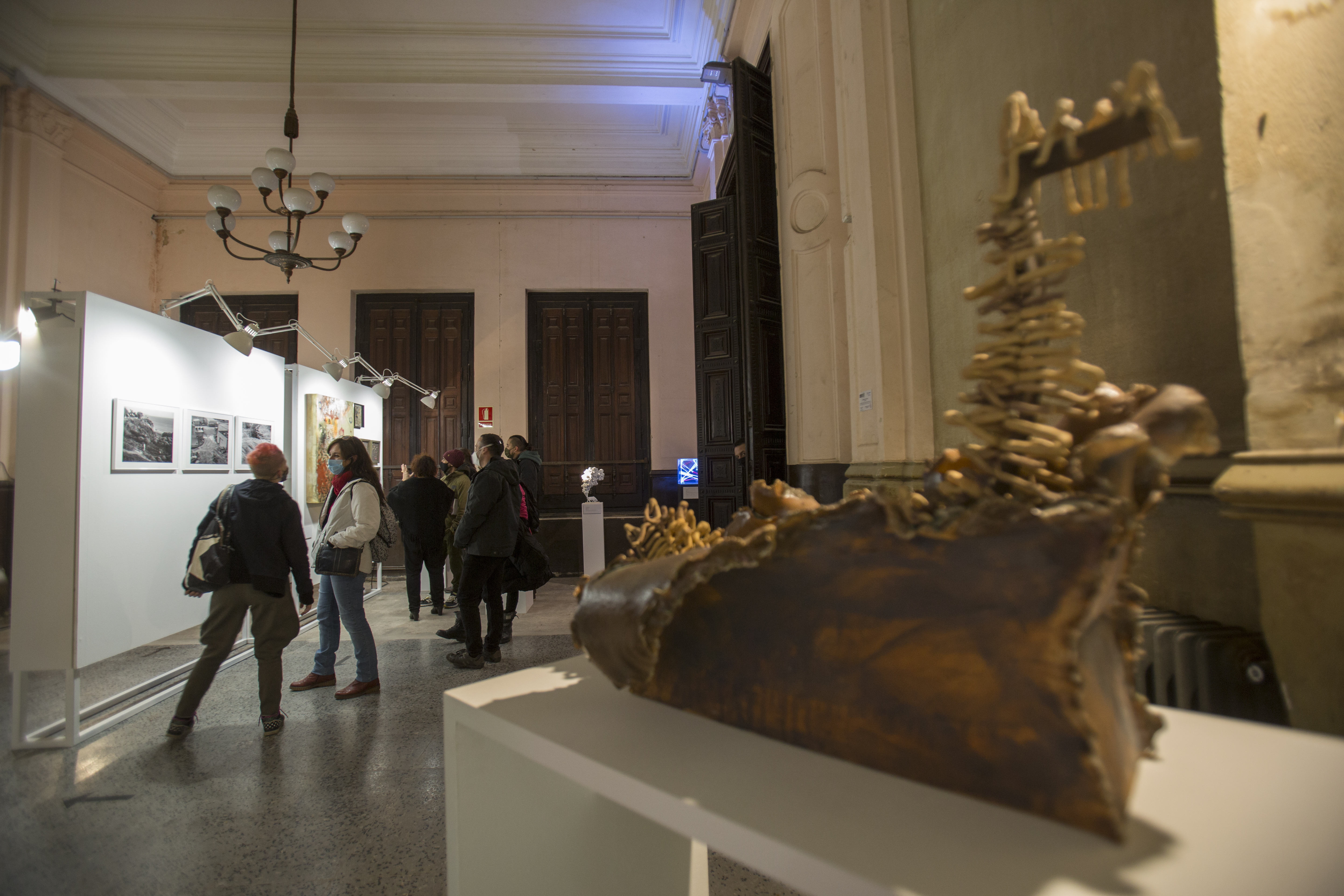 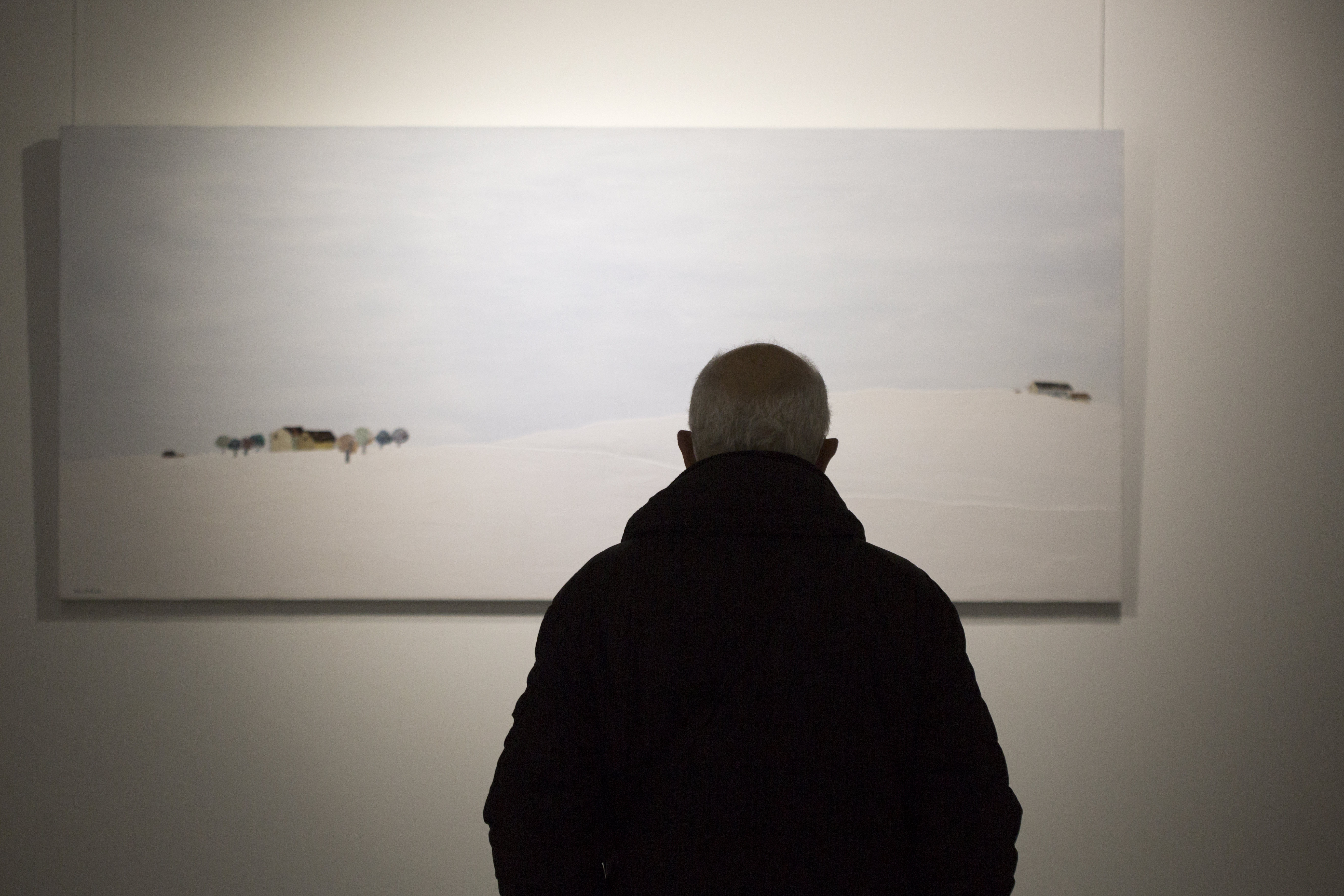 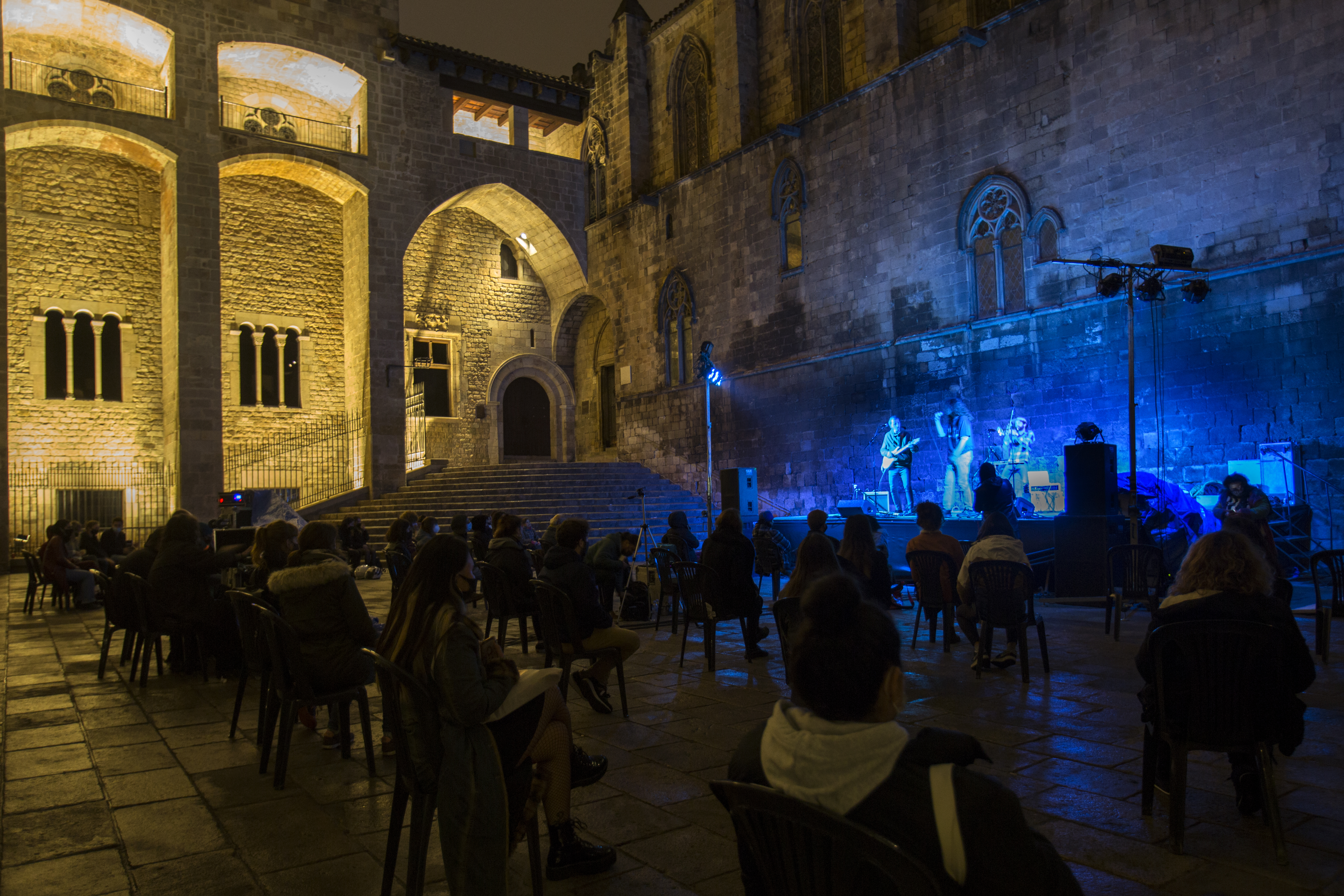 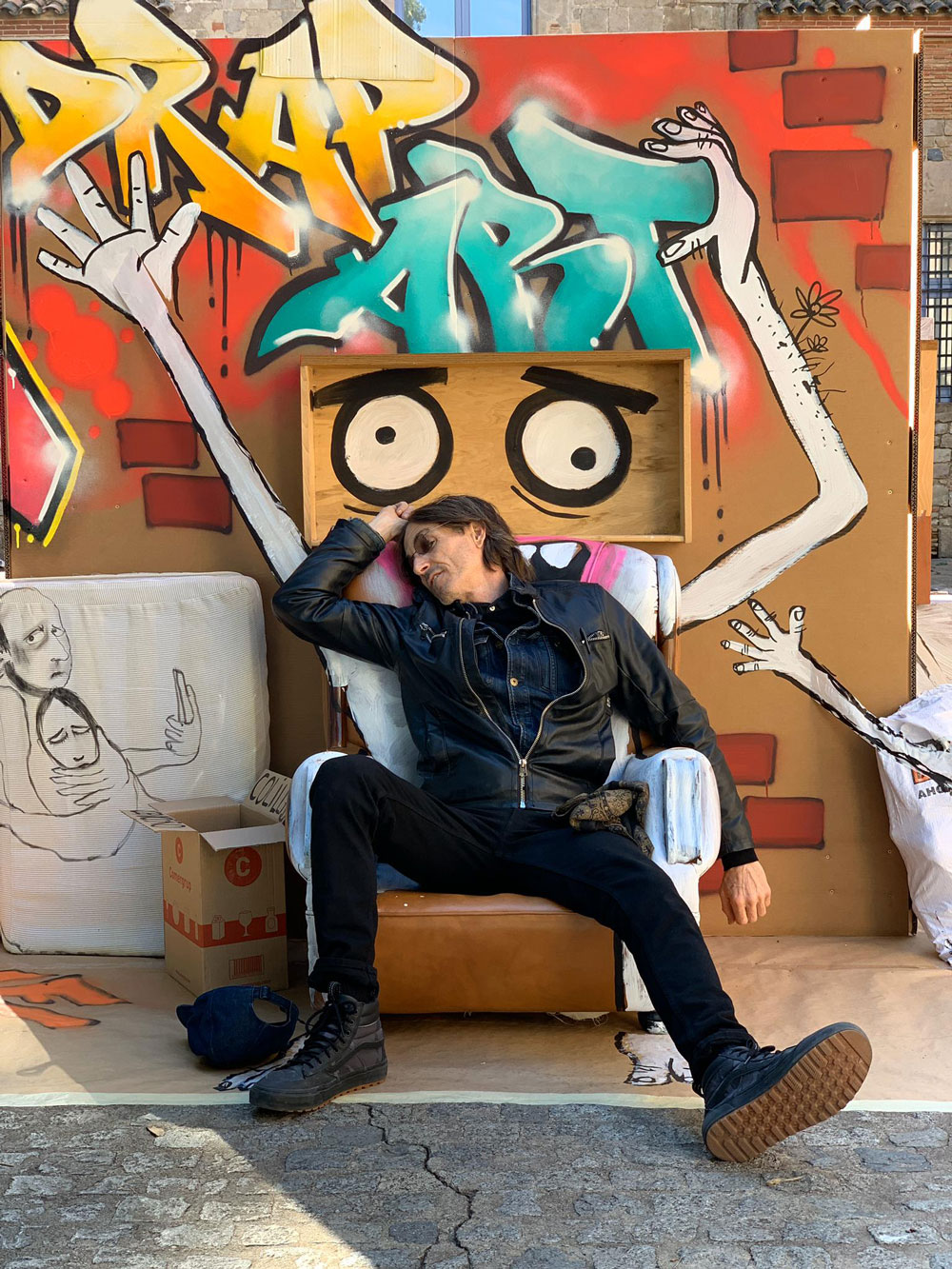 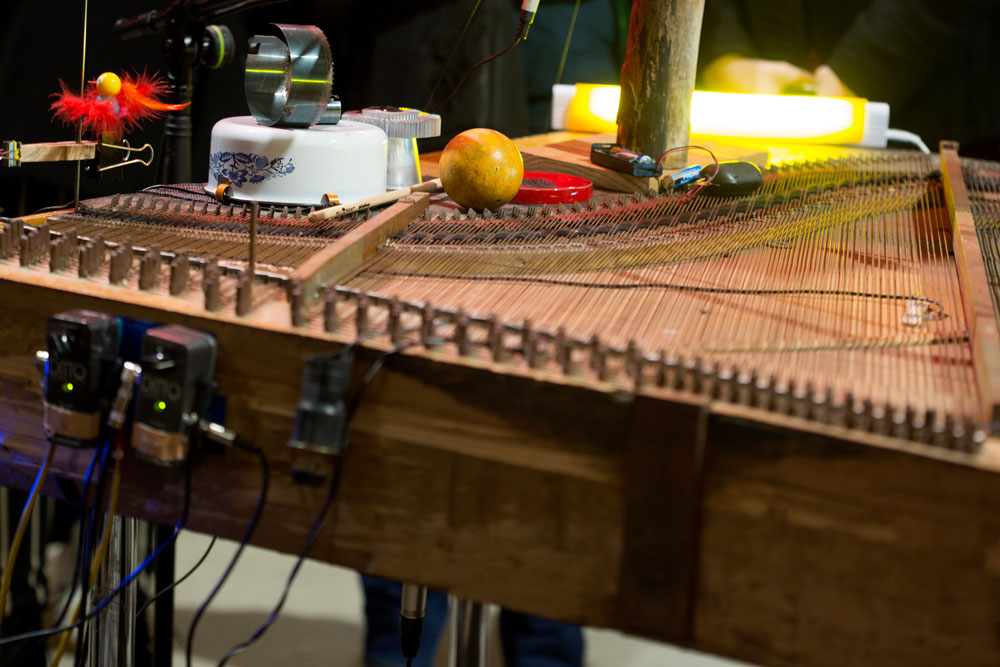 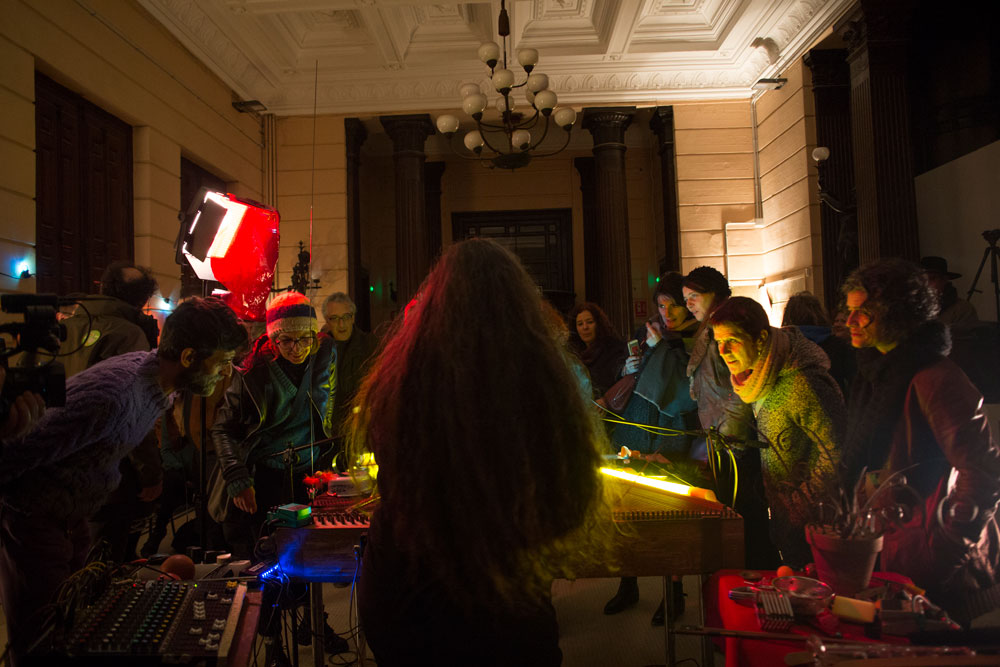 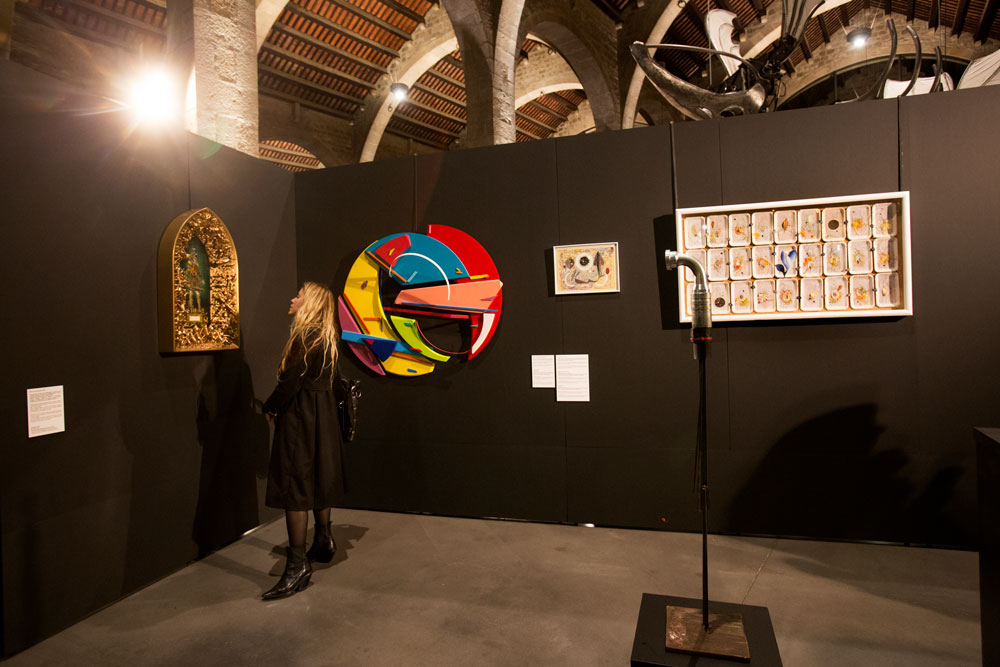 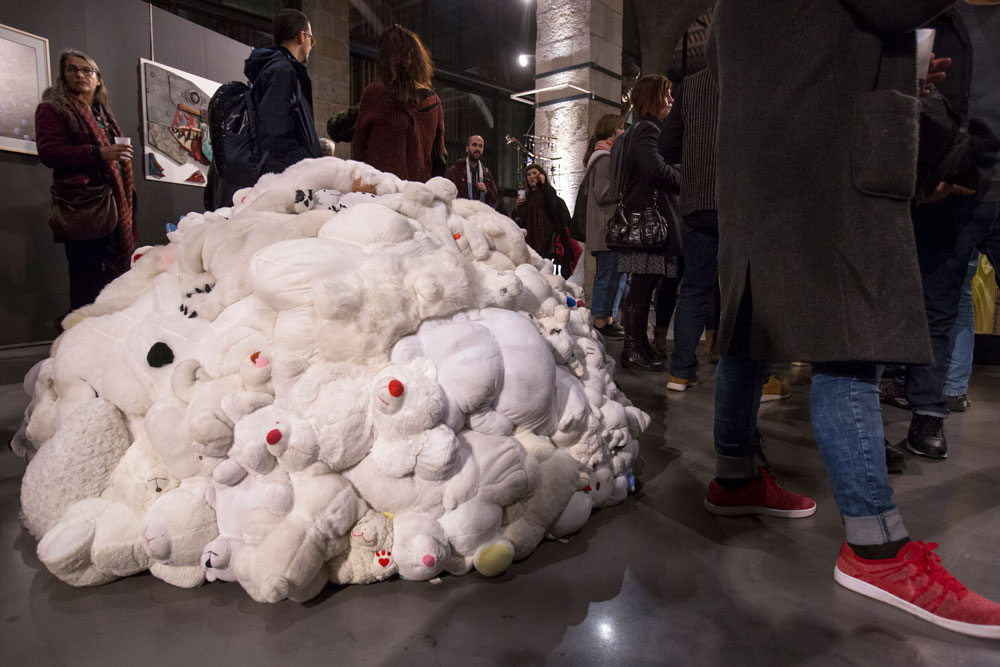 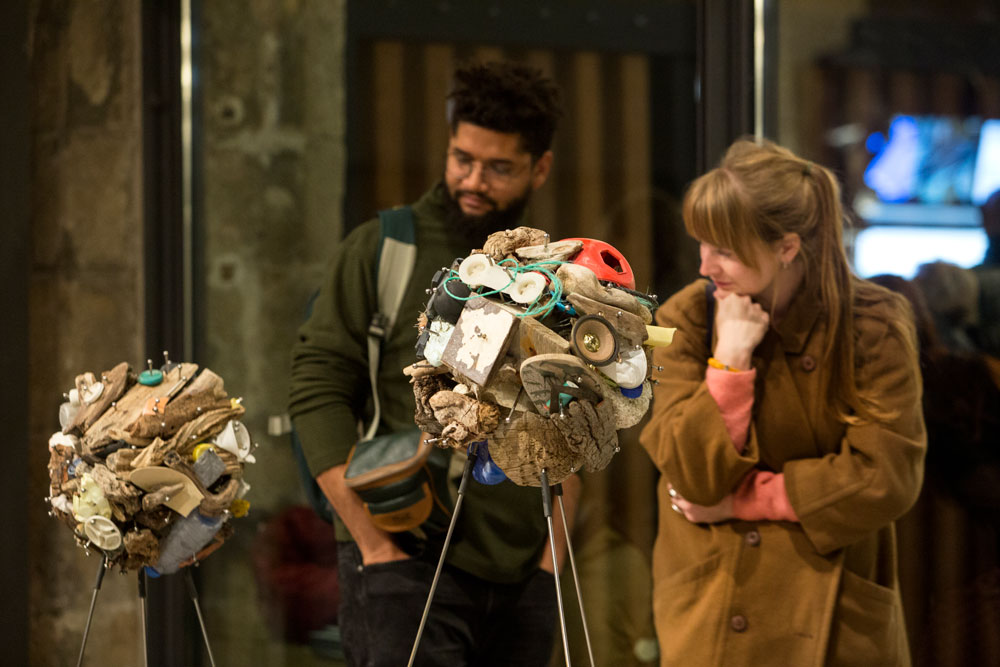 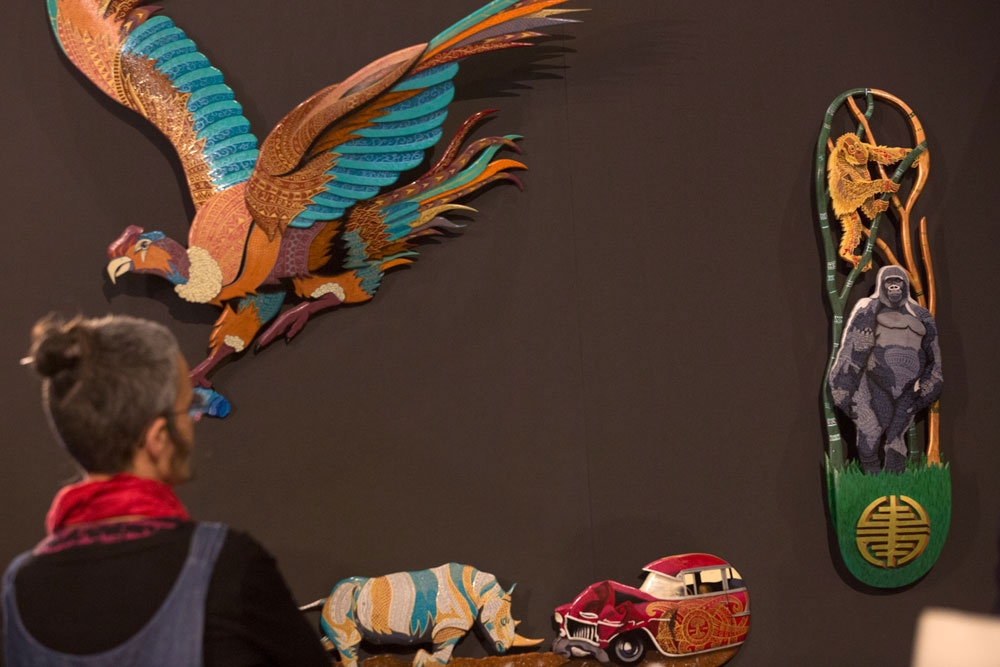 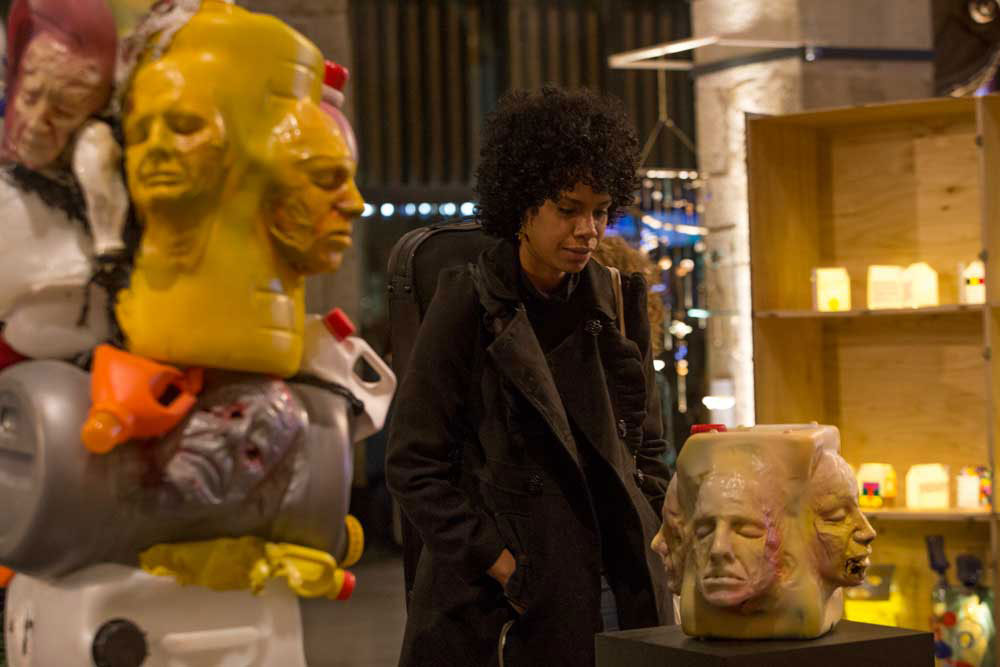 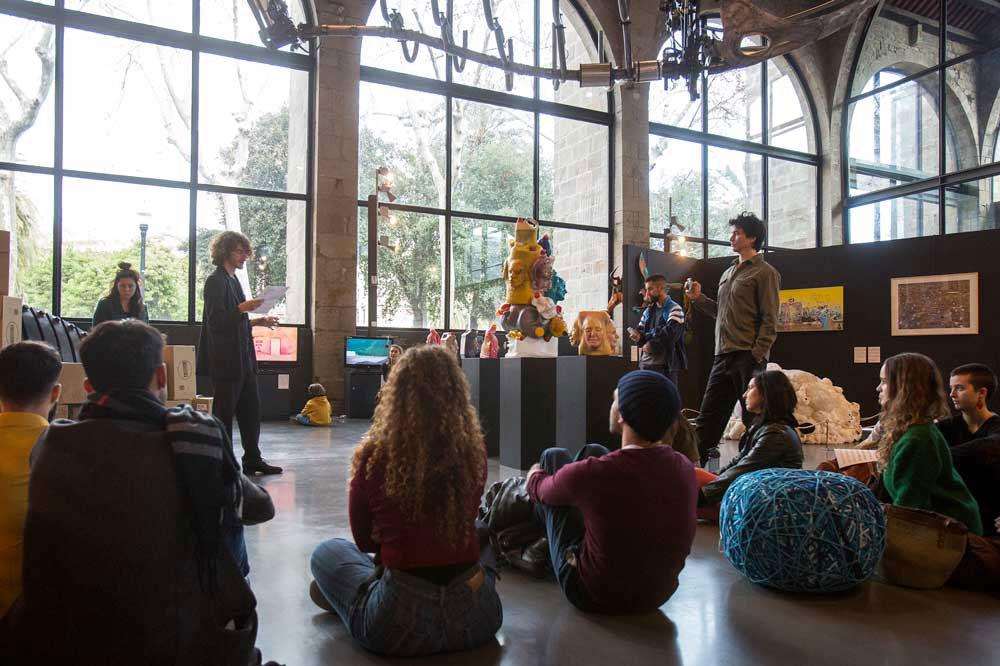